How Do I...?
View all How do I...? questions and answers
Oct 4, 2019
Information
General News Announcement Information Event Road Maintenance All Articles

Hospitals. Fire departments. Schools. Even roads and highways. The census can shape many different aspects of your community. Each year, the results help determine how more than $675 billion in federal funding is distributed to states and communities. It's also mandated by the Constitution - the United States has counted its population every 10 years since 1790.

By April 1, 2020, households will receive an invitation to participate in the 2020 Census.  You'll have three options for responding:  online, by phone, or by mail.  When completing the census, you'll note where you are living on April 1, 2020.

In collaboration with the United States Census Bureau, and on behalf of the County Commissioners, the Bucks County Planning Commission has created a web portal for information and resources related to the upcoming April 2020 Census.  In addition to Census participation, there is also a link to Census Jobs. The US Census Bureau will be hiring thousands of people across the country.

Counting every person living in the United States is a massive undertaking, and efforts begin years in advance. Here's a look at some of the key dates along the way: 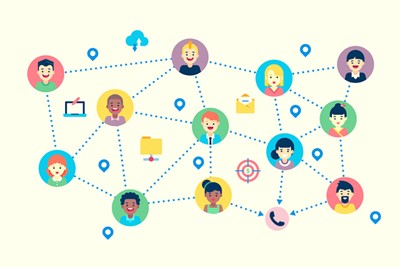